I know it’s all marketing terms they use but the press release has some questionable phrases and words used to describe this second printing. Almost laughable if you ask me. It’s a great read but I don’t think we need an “Emergency” second printing ordered.

You can still find these at TFAW, almost all covers but limited to 1 per customer and likely your local shops.

The Press Release literally starts off with “FANS DESPERATE FOR MERCY #1 OVERTAKE STORES IN SEARCH OF REMAINING COPIES, LAUNCH ISSUE SELLS OUT UPON RELEASE”

Image Comics has greenlit an emergency second printing of Mirka Andolfo’s Mercy #1 in order to keep up with the wild and rampant demand for the dark and delicious new miniseries that hit stores today and sold out at the distributor level instantly. 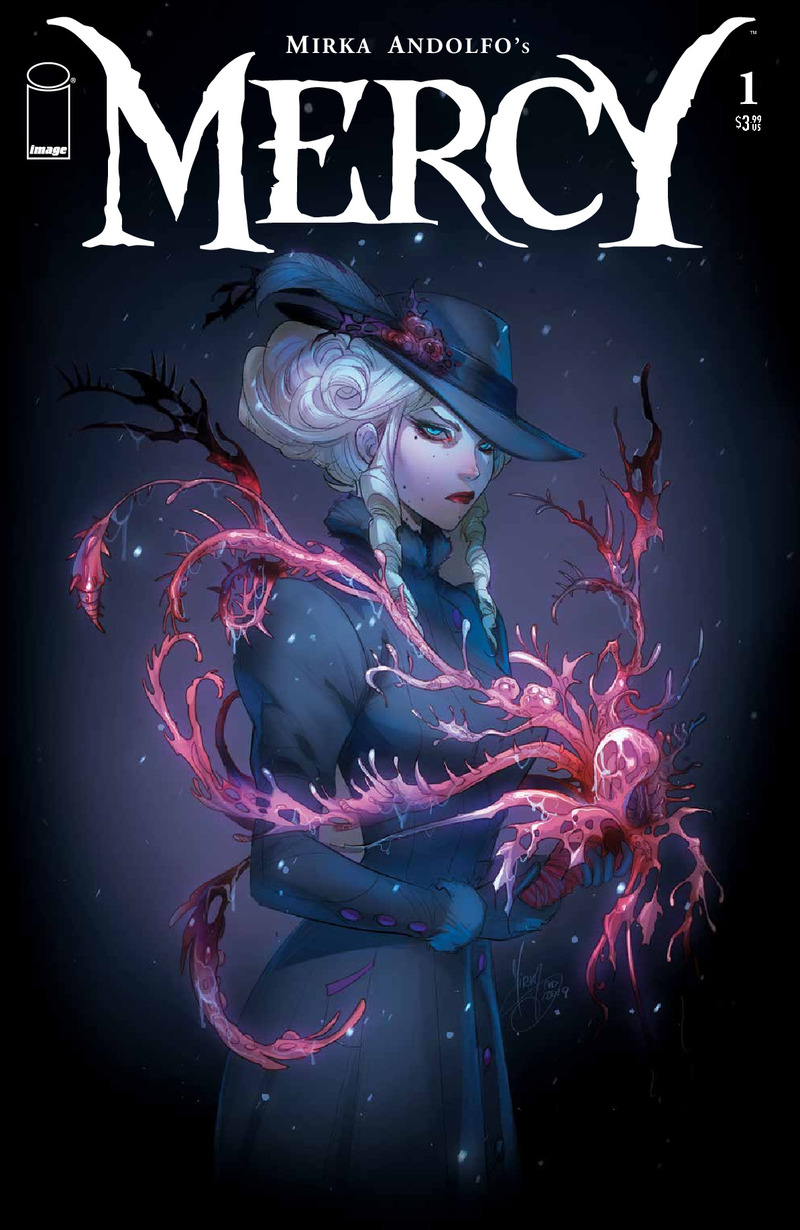 The highly anticipated Mercy #1 issue marked the first new series from Andolfo since her other Image series—Unnatural—achieved a breakout success. Unnatural in its own right was one of the most reordered trade paperbacks for Image throughout 2019.

But Lady Hellaine will not be satiated until every comic reader has their copy—and now Mercy #1 is set to outsell even its predecessor Unnatural.

Mirka Andolfo’s Mercy begins when the placid mining village of Woodsburgh is disturbed by a series of brutal murders, sending the settlement into turmoil. As the first snow covers the chaos in a white blanket, a mysterious woman in black arrives, eliciting a totally different kind of unrest. But who is Lady Hellaine, really? And what’s her secret agenda?

Mercy explores topics of “otherness,” damnation and redemption, and what it means to be a monster in a horror tale perfect for fans of Penny Dreadful, Crimson Peak, Carnival Row, and Dark Shadows. More exciting details about the goth-inspired, Victorian monster series will be unveiled as the United States release date approaches.

4 thoughts on “Mercy #1 Goes Back For Second Printing”