It’s that time again, where I tell you what’s really grinding my gears for the week of June 3rd, 2020. It’s been a few months since the last one.

I think one thing that Disney+ will continue and hopefully continue to do well is keep using their streaming platform to pump out Star Wars shows. You can do so much with Star Wars, with such a vast array of stories and characters. The ability to create new ones as well. There are limitless possibilities.

Now there’s news that Thrawn is getting his own live action show. 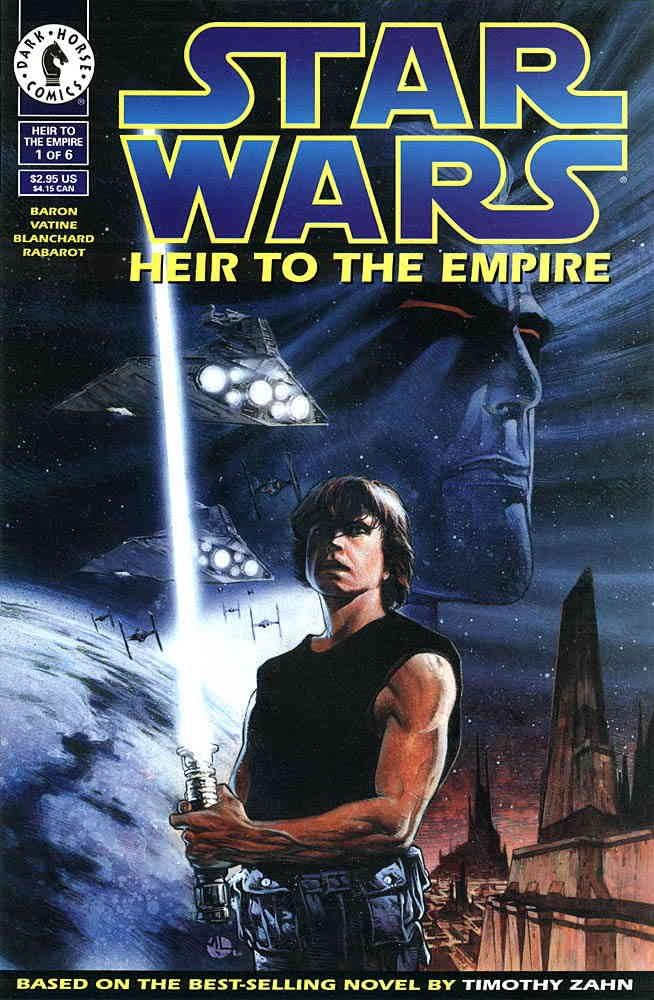 The book is not by any means on the cheap side. You can still find raw copies for under $100 but slabbed copies for this first appearance are already at $500 or more for 9.8 grades. Even the lower grades starting at 9.0 are at $100 or more. 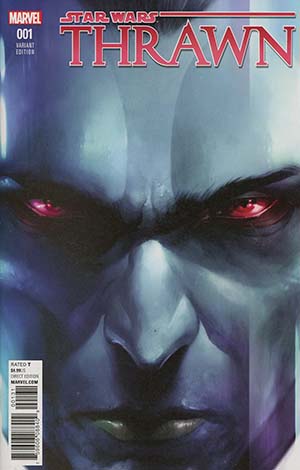 Fast forward now where Star Wars comics are now under the Marvel rights, they did a mini-series for the character back in 2018 simply called Star Wars: Thrawn. There was a Mattina that saw some love when it first launched.

Like all variants, it dipped but seems like it’s one of those variants that could see some renewed love as well being a 1:50 ratio variant.

For you previews collectors, the printed characters before the actual comic is released, Dark Horse had the preview of Heir to the Empire in issue 46. These are hard to come by, being the freebies that usually get tossed, particularly back in the early 90s. At time of writing, there’s only one listed on eBay from a UK seller.

Throw this news under the likes. I welcome all Star Wars shows and it’s even better when the main characters already have appearances in comics that help push interest and sales to the comic book world.

I’m a big advocate of letting the market decide what is the more desirable comic when it comes to the type of appearance, whether it’s a cameo, first full, first on cover and so on but I just want to say one thing, give cameo appearances more love. They are still technically the “first appearance” of characters when it’s their first cameo.

In today’s world of news that spreads fast, we usually know who it is way before we learn the characters name, see their face, body, costume and on and on.

So with the FOMO that kicked in high gear for the new Yellow Hulk coming out of IDW’s Avengers #10, it’s nice to see people actually go back and give Avengers #9 some love where it’s seeing some nice value being attached to it on the secondary market.

Of course #10 will be the likely winner when it comes to desirability since it’s a first full and he’s on the cover as well. But don’t let that take away his actual first. 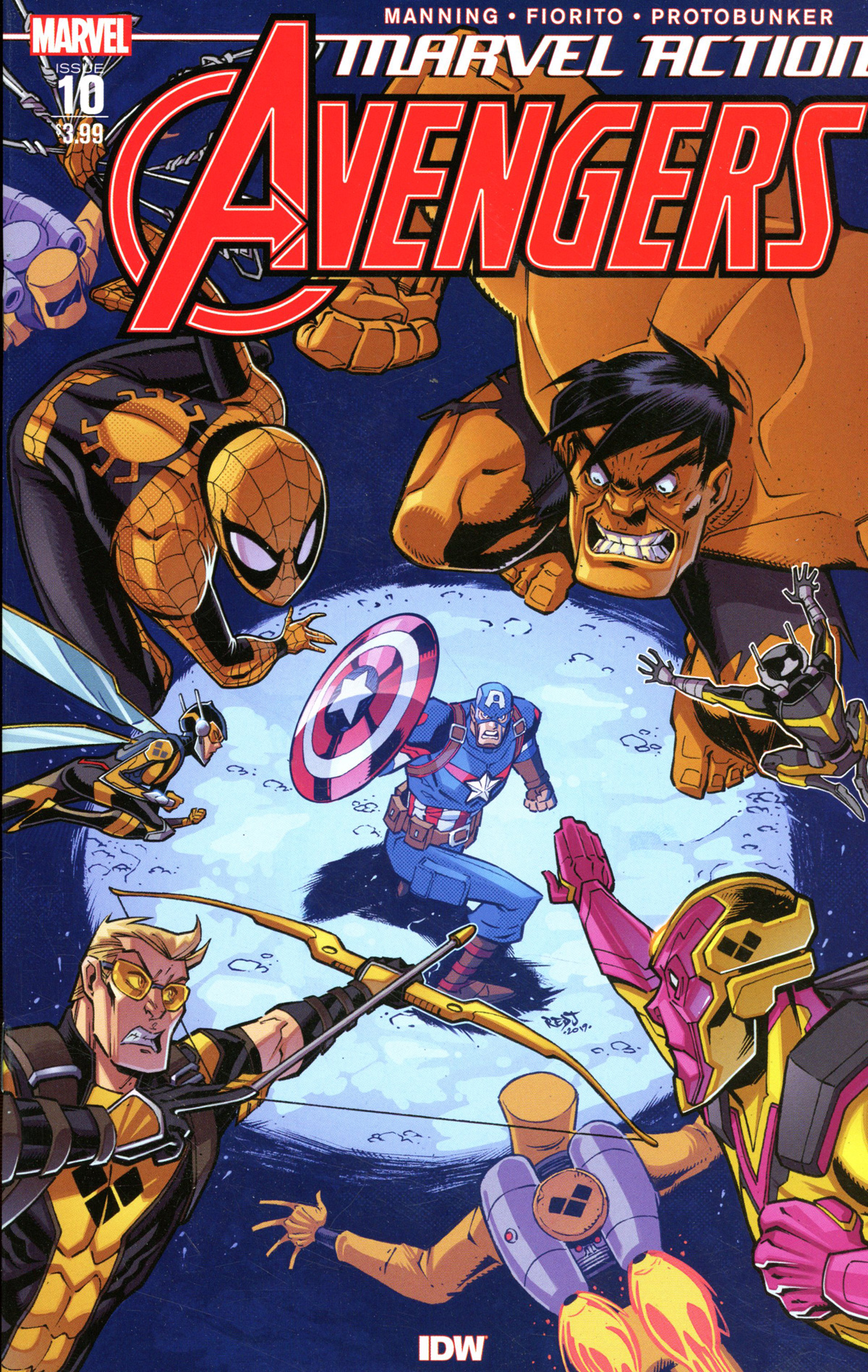 It’ll be nice to see where this one is at a year from now.

Seems recently there’s been a few more vocal about Peach Momoko’s art. Let me be clear, everyone is entitled to their own opinion but I really just wish some would be a little more constructive in their criticism.

Claiming her work is childish and amateurish is a far fetch if you ask me. Is it so amateurish if it’s being used as cover art for some major publishers and book titles? Before you criticize others work, could you do it any better yourself? Art is subjective

What about some of the other artists out there that get a pass when one could argue is bad or even worse when it comes to their own art style?

One could argue John Romita Jr. art should not be on any cover. The characters all look like stiff sticks and very unnatural. Rob Liefeld’s art is actually pretty terrible most of the time as well when compared to other covers. It’s the same pose with no feet for just about every cover he does. Why so much love for J. Scott Campbell covers? The guy needs to learn how to draw different faces for the different female characters. They all look the same, in the same pose, just a different outfit. Talk about beating the dead horse when it comes to cover art for the female characters. Tradd Moore’s art is so different in it’s own style, it’s very off putting for some. I have a hard time enjoying it myself.

I can’t say I love every piece of art done by Peach or any other artist but seems like some of the comments I’ve seen about Peach come off as a little more abrasive. We even witnessed probably the most sexist comment anyone could say as well about a female creator.

So now to my actual point. Love her or hate her work, it sells. Who cares if you like it or not. Buy low, sell high if you’re intending to flip. But please, if you’re going to criticize art, at least come up with something more than “it sucks”…

But seriously, take a browse of some of her cover art. The one thing I will say is, yes she carries the same style with most of the covers but at least the majority of them have more substance to each unlike a lot of other artists we could easily all rag on. Give the girl a break and enjoy the demand since we can all expect the Peach train to eventually fade (a good example is Artgerm, hot covers and now they demand very little on new releases) a little when another artist emerges from the shadows to be the next big thing.

That’s all I got this week and maybe now that comics are ramping back up and more news is hitting the webs, I can start sharing more things that grind my gears.

Disclaimer: This article is heavily opinion based at times. The opinions expressed in the Likes and Dislikes Article is solely held and are represented by Agentpoyo and no one else that writes for CHU.