Made in Korea #1 gets a second printing. Great new title which I highly recommend to fans of Alex + Ada.

You can still find the first prints available. I didn’t find the cover art if new yet but if it’s like most Image second printings, normally it’s the same cover with “Second Printing” near the logo or slightly different color shade added. Crossover #7 is on FOC and it’s got a new story arc starting in this issue with Chip Zdarsky on writing duties and he’s missing on the cover art. I hope it’s good cheesy fun. Department of Truth #10 (Cover B – Riccardi) is just an awesome looking cover. Despite not reading this title (I tried the first few issues), I’m still digging this cover art by Riccardi. Speaking of great titles and reading entertainment, if you’re not reading That Texas Blood, you probably should be. Don’t think I’ve ever had that many Image titles in my FOC picks. That’s it, I promise.

Parasomnia #1 is a new Cullen Bunn book that’s worthy of checking out. The man is a robot writing machine of pumping out new titles. There is also a pretty cool Variant cover for this one by Albuquerque. The Deluxe HC comes with a heftier price as it seems to come with a few more items within and content. Godzilla Rivals vs Hedorah is a must for any Godzilla fan, as I am one myself. Anything is possible in these High Republic titles, new characters, etc. They are all a must on the pull and pickup list. Daredevil #31 is solicited as the issue we cannot miss. Maybe keep a watch on it cause it’s likely just marketing hype but every now and then, these actually hold true (only when there’s a first appearance or death). Even if you don’t read or onboard with Captain America, this one could hold it’s own as I’m sure it’s going to hit news media outlets outside of the comic and pop culture news related sites, at least there’s a chance of it happening to spark outside interest. Basilisk #1 gets a second printing with new cover art by Luckert. I think this one was announced before the first one even hit stands. Another one out of the old BOOM! playbook. Barbaric #1 (Cover A – Gooden) from Vault Comics looks like a lot of fun. That’s if the art is top notch with story but then again, how can you mess up a barbarian killing off witches?

Locust #1 (2nd Printing) was a decent read. I’m looking to see where this one goes. Humans turning into large locusts.. what could possibly go wrong right? 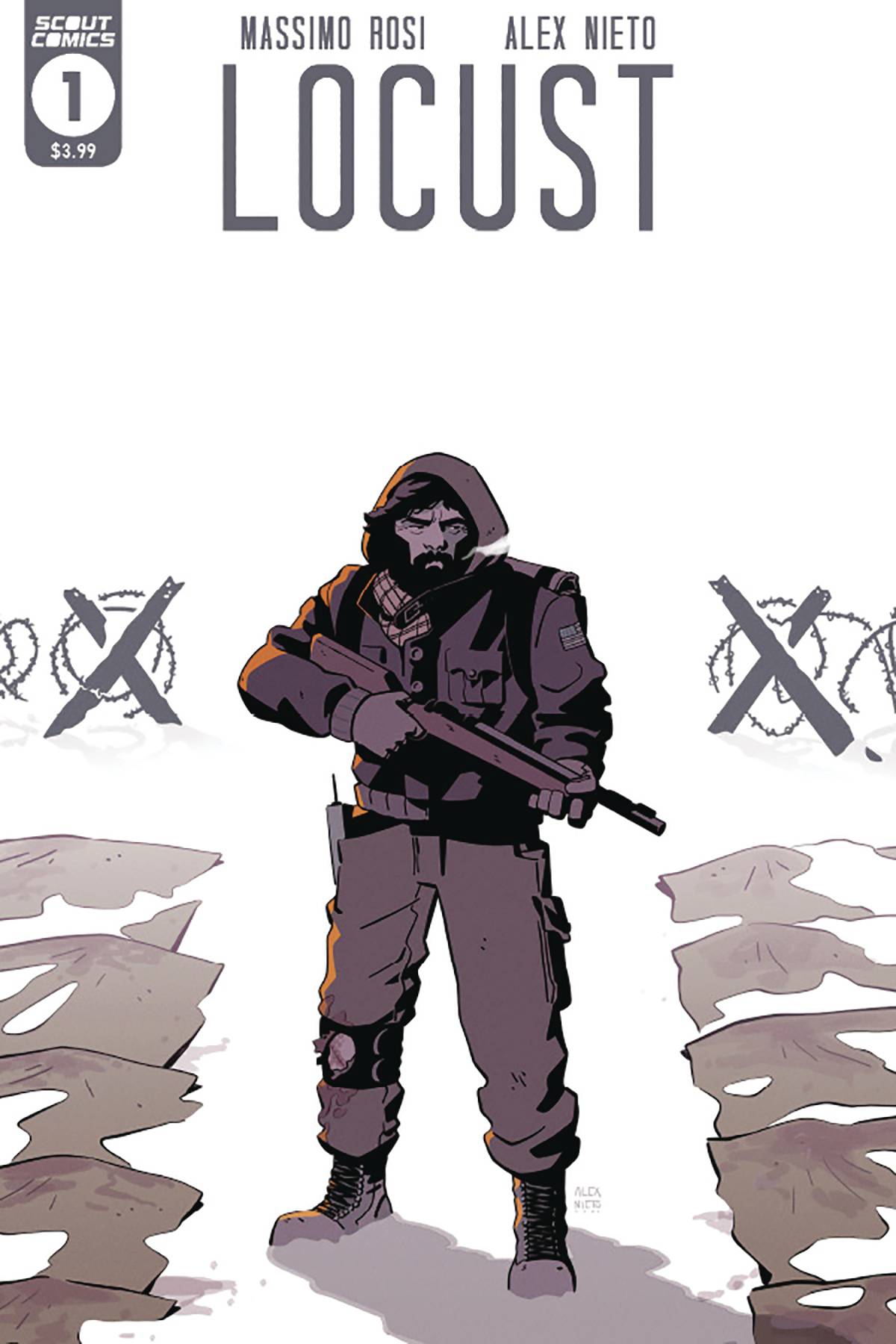 And the last books on the list are from We Live, which is the best kind of book when it comes to speculation based on actual organic demand from just the story itself. No media deals or nothing, just good story, great art and the fans eat it up and want more.

Must pickups if you ask me on both.