Always love coming back from a signing and showing pictures and stories. Scott Snyder was awesome but also the most brutal signing I have done.
Got in line this morning at 9:30. It was 27 degrees on the thermometer. Fahrenheit not Celsius. Really cold. The line was bigger than I have ever seen for a signing at Third Eye Comics. Third Eye is a big store. An Anchor store in the strip mall it is in. The line wrapped from around the from door, around the side of the building and fully around the entire length of the strip malls back road.

By the time I got around and inside the store it was 6 1/2 hours of waiting in line, in the cold, and damn I skipped breakfast.
It was worth it though. Snyder was a trooper. He stayed well past his 1 o’clock end time, thankfully because I didn’t get into the store until 3:30 and had books signed at 4:00.
Turns out Steve from Third Eye Comics invited over 1100 of his closest friends (the count before I got in) to the signing.
I did a lot of CBCS signature submission books and was able to get 13 sets of the Third Eye Variants signed. Invoices will be sent out tonight to those who were the first 13 to confirm. Steve from Third Eye is going to try to make additional sets available so keep your eyes out for those in the coming days if you missed out. 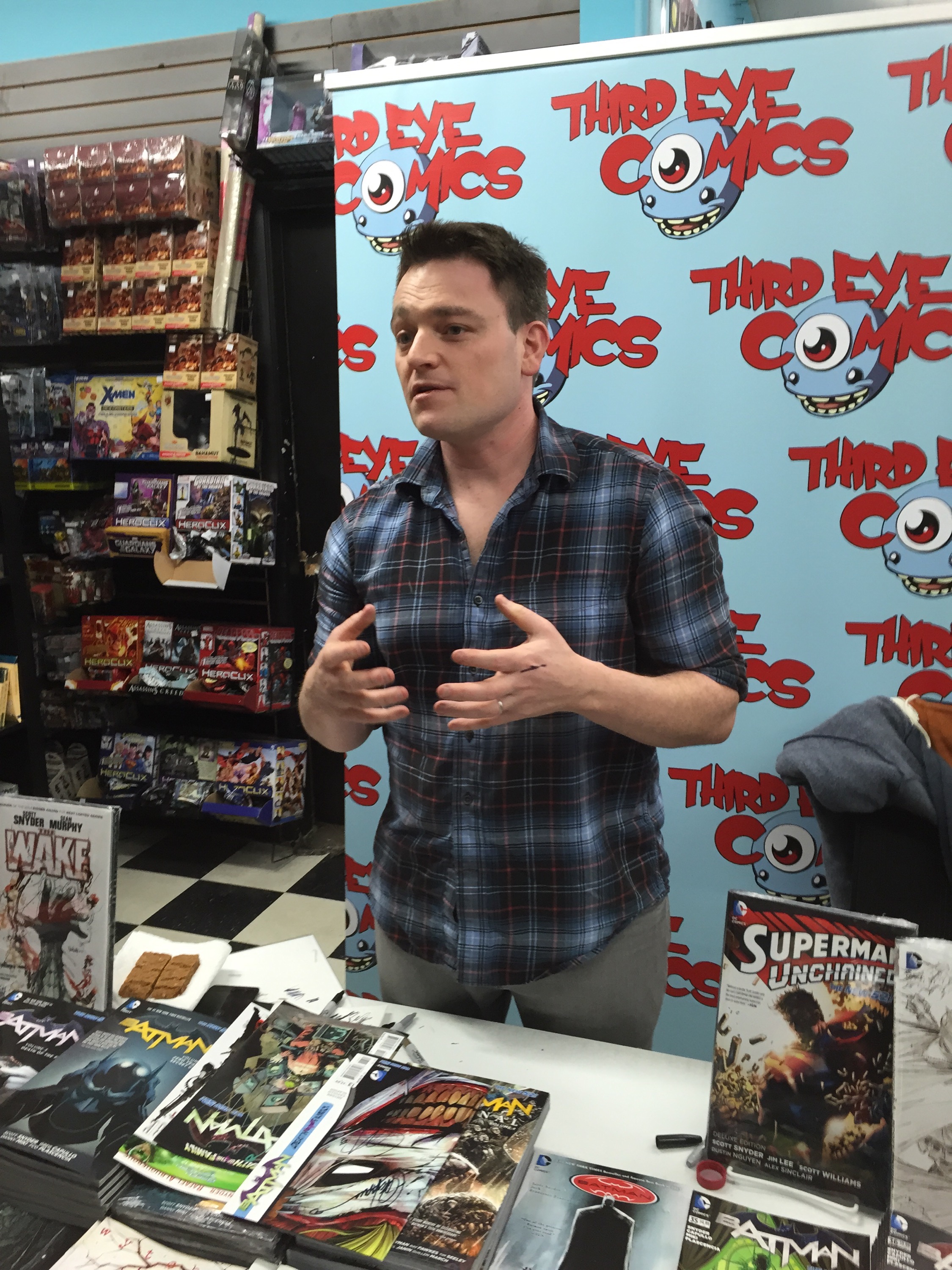 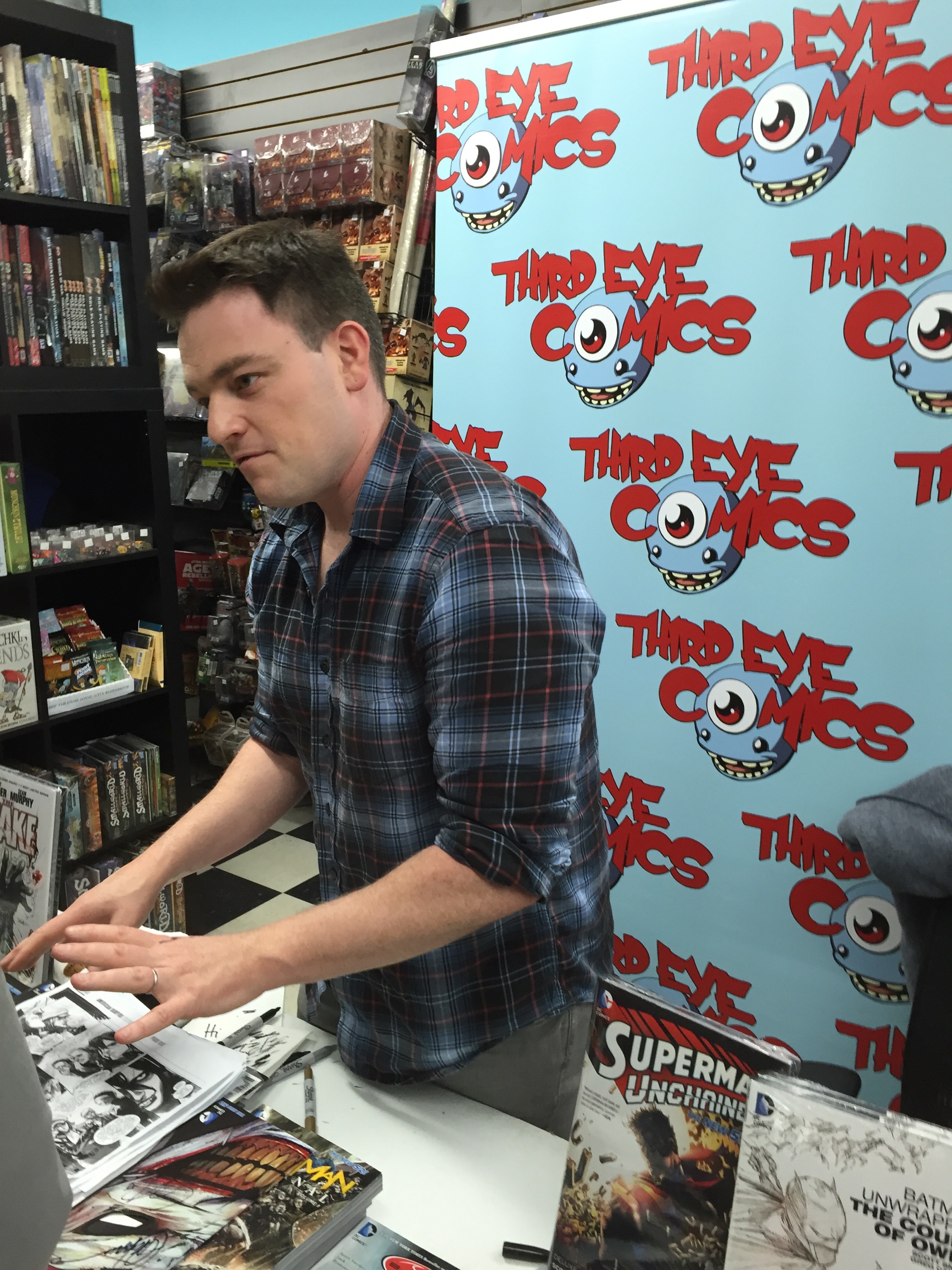