Welcome to another edition of Advance Reviews before Final Order Cutoff. What an interesting week it has been. Seems the only thing on peoples mind is Punchline, and who can blame them? S/he is a hot topic right now and making the speculators who flip quickly some decent profit. So lets dive into these quick and brief reviews and see whats in store for us this week for books on FOC.

Finger Guns #2 – Vault Comics – The two are hanging out now. Testing new ways to “finger gun” people. More on how she deals with her abusive father and his absent father.

Ludocrats #1 – Image Comics- If you enjoy I hate Fairy Land then this is the comic for you. A lot of crazy fighting and ludicrous moments. We had a sneak peek preview of this one. 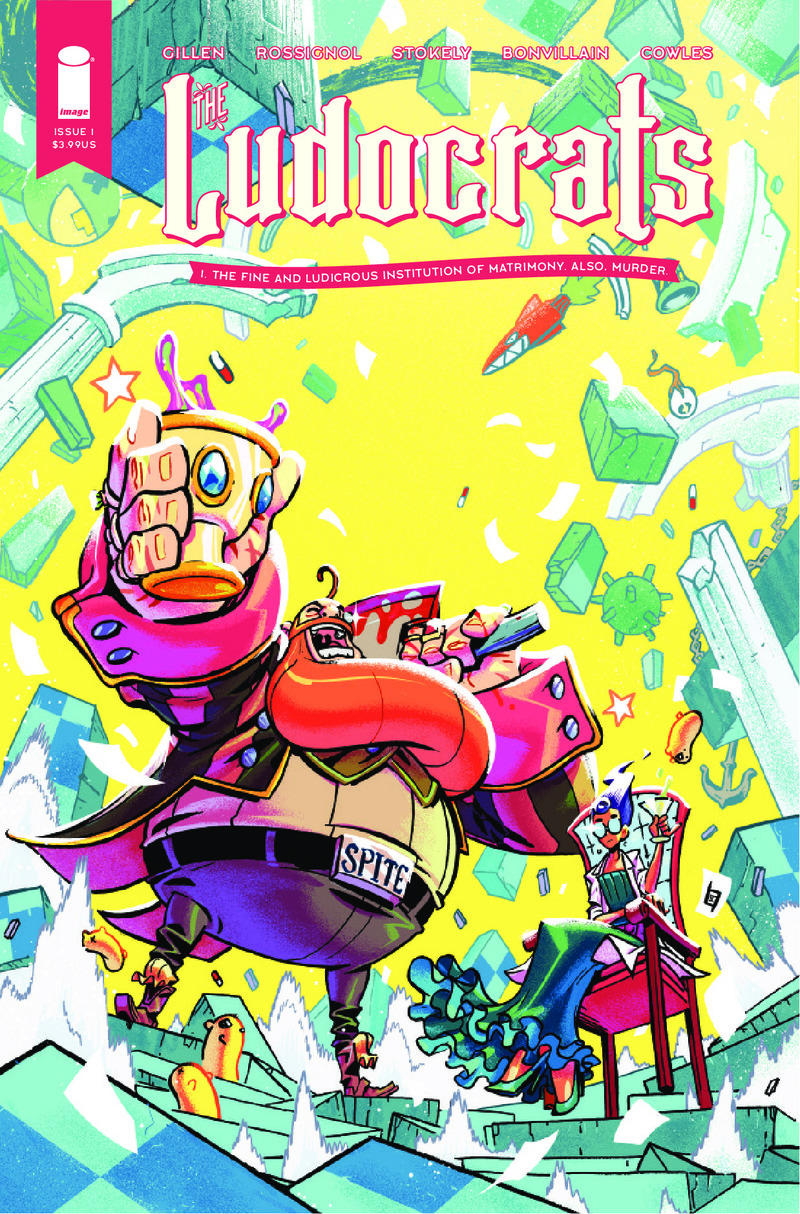 Sabrina Something Wicked #1 – Archie Comics – This brings us more adventures of the teenage witch. This issue we get a lot of the high school drama mixed with love triangles and then mystery.

Doctor Doom #7 – Marvel – Doom takes back what was once his. His closest comrades are questioned and pledge fidelity. Doom discovers what his children have been doing.

Black Widow #1 – Marvel – While on a mission, Natasha is captured. Some time passes and she seems to have amnesia, shes living a civilian life that has been constructed by Arcade. Avengers of the Wasteland #4  – Marvel – I have been a fan of this series since the beginning. This issue we meet some of Normans Villains, Absorbing Man, Green Goblin, Shocker and the Enchantress. Ant-Mans betrayal is revealed and Doom wipes out Hydra.

Batman #92 –  DC – First, Punchline is on all three covers. Yes, cover A shes more a background character with the others surrounding Batman, but it still counts in my opinion. Cover B is from Artgerm which looks fantastic. Now DC has added a 1:25 ratio cover at the last minute. Punchline craze is in full effect! On top of that, DC released a PDF of the issue to retailers that will certainly create a hot mix of buzz worthy news!

In this issue we find Catwoman and Harley teaming up. They visit the Underbroker to make a deal but Punchline is there already (she has speaking lines this time around). You can see one of the spoiler pages we released yesterday here. There’s also a last page spoiler we released on the forums (for those seasoned forum members who have higher trust level).

Meanwhile Batman faces off against the Riddler. Quite the bit of mayhem in this issue while a really interesting build up story leading to Joker War.